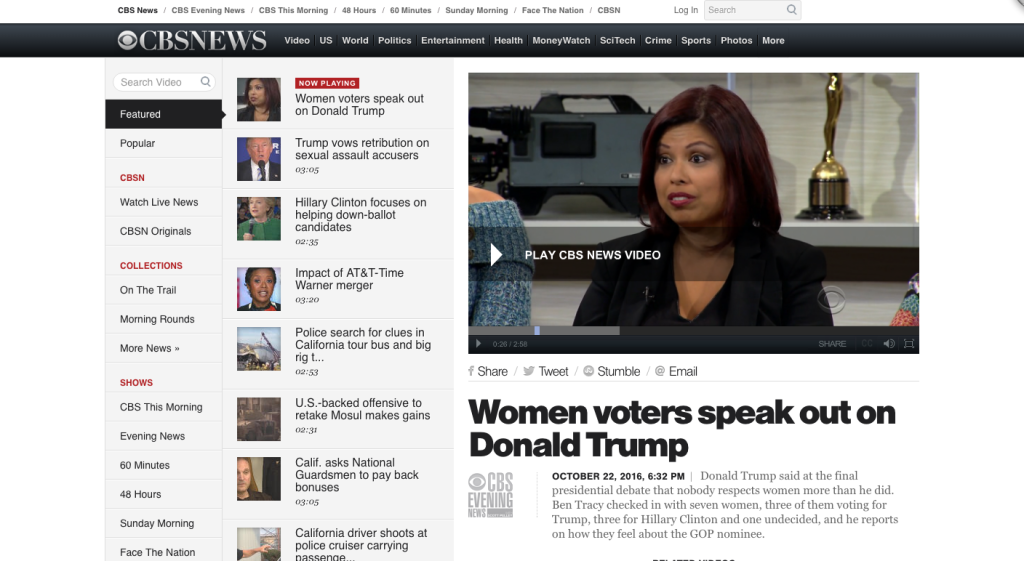 CBS Evening News nationally aired an interview with Hema Dey and 6 other women voters. The interview was specifically focused on the final presidential debate 2016 between Donald Trump and Hillary Clinton. The group was split into 3 Hillary supporters, 3 Trump supporters and one undecided voter. The discussions were robust with very very strong thoughts by all. The nasty woman comment did not phase current Trump supporters who have little faith in trusting Hillary. Hema Dey has been following the elections very closely with a focus on both business and personal matters. She has issues with Trump’s comments on women but more so about his views on international relations. Issues surrounding governance on nuclear matters with North Korea, dealing with China and other Asian countries will be a tall order for Trump. His personality is not suited in dealing with various ethnic groups, religions and the USA cannot operate in isolation. His rhetoric through out the campaign on minorities, immigration and international matters has been very concerning. Considering Trump is a fan of offshore manufacturing himself, decisions he makes will not be in the best interest of the USA, but for his own personal profits.